But meanwhile, the TV seems extremely hollow and empty. Saturday and Sunday nights suddenly seem lifeless. Urgh... such is the pain of the off-season for soccer.

So I begin to take in other sports which I never had time to look at on the satellite TV... 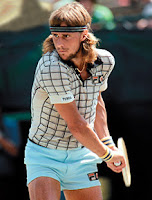 Tennis: It is almost Wimbledon time, so the TV is showing reruns of classic matches featuring Borg, McEnroe, Lendl, Becker, Connors, Chris Evert, Navratilova et al. Gawd, did we really look like that in the late 70s and early 80s? 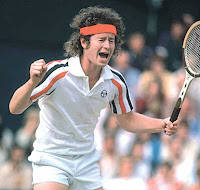 Golf : The US Open at Oakmont is a revelation. I never knew a golf course can be that tough. Even Tiger Woods have to shoot over par. Glad to see he did not win it for once or I would have swore off golf forever.

Formula One : I got turned off by F1 the day Schumarcher won his third title. Actually I turned off F1 the day Alain Prost retired. So it is good to see a rookie in the guise of Louis Hamilton giving Alonso the shivers. Go Hamilton Go!

Local soccer : Spare me the pain and laughter. You call that soccer? Soccer died the day Matlan Marjan got banished for fixing matches.

Spanish soccer : Someone please explain to me that how is it that Real Madrid, who ended the season on 76 points, which is precisely what Barcelona has, and Barcelona has a better goal difference that Real's by a whopping +19 goals, yet Real Madrid is the Spanish La Liga champions just because they have a better head-to-head record with Barcelona? What were the Spanish FA high on when they wrote the rules? Laser toner?

Tonight on TV I saw and heard how a Ferrari F430 look and sound like and how it handled on the road. I want one. 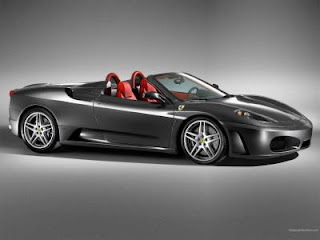 So, until 11th August 2007, when Liverpool, Possibly The Greatest Football Team In The Universe, plays away at Aston Villa, it is time to brush up on some reading again. The book? "David Beckham Went To Spain".
Blues posted by Wombat at 10:26 pm

i love the last part. If i read it correctly... liverpool the best, at least for me. So i hope u too ;)

and ferrari.. sad sad, my wife got bored without shcumi around. :(

You're forgetting 6th of July! Oh, the horror! :-P

papajoneh : Which one's your team?

gallivanter : Looks like 6-7-2007 won't work for me bro. Work commitments and all that. At the moment I am officially out of it, unless something extraordinary happens before that date.

My team is the one that I never Walk Alone. I always be there for them eventhough not physically but in my heart. :)

Sad. you'll not be around. Oh well, another reason to make another one before of the year then ;)

Ah.... another Koppite in Sabah. Good good good. In that case you would find some of my postings on Soccer category interesting. Give it a read.

I turned the TV on last night while trying to enjoy my home-delivered pizza, there I saw.. that familiar face once again.

Eh, I think they having a rerun show on TV lar. Hahahaha!

May be start lusting for Apple iPhone(luach in USA a couple of days ago) untill 2008 will do the trick?