Everything begins with a dream

I love sports movies, especially those that are fact-based (true stories) such as The Rookie, Miracle On Ice etc. They often make me feel good for two hours, motivate me and let me appreciate the enormous obstacles some sportsmen have to go through to achieve their dreams. 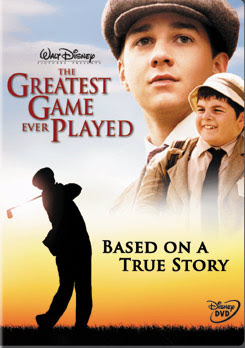 Today I was watching on sat TV for the third time "The Greatest Game Ever Played", a Disney production movie based on the 1913 U.S. Open, in which amateur golfer Francis Ouimet is competing against Harry Vardon and Ted Ray, professional British champions.

Nobody expected Ouimet to qualify for the Open, let alone do well in it. In the end he overcame his father's fears, his own self-doubt and everything else to win it in a nail-biting final playoff against Henry Vardon.

The storyline is not too complicated, even for someone who has no idea how golf is played (e.g. my wife). It is a movie the whole family will enjoy, and we did. The music score is inspiring.

The ending is very moving, and I even shed a tear because I am absolutely moved. I am a sucker for teary endings.

If you have not seen "The Greatest Game Ever Played", give it a try. You will not be disappointed.

Blues posted by Wombat at 8:36 pm 2 comments: Links to this post

On this day forty four years ago, Sabah and Sarawak joined Malaya as equal partners to form the Federation of Malaysia, despite the fact that certain quarters that cannot count would like us to believe otherwise.

Lets get some dates clear up first:

31st August 1957 is the day Malaya achieved independence.
16th Septenber 1963 is the day of the formation of the Federation of Malaysia.

31st August is gazetted as our National Day and I don't have any problem with that.

As far as I am concerned Malaysia is 44 years old, and not 50 as claimed by certain quarters that can't count.

This is important. Otherwise a younger generation will grow up not knowing their history.

But did anyone care? Not much, a few maybe. Today's significance is not even mentioned in today's newspapers. In Sabah, today is a public holiday, but not because it is Malaysia Day. They gazetted today in the state of Sabah as the Birthday of the Head of State.

Blues posted by Wombat at 10:22 pm 4 comments: Links to this post

I receive a lot of forwarded emails from persons known and unknown each day. This is one of the better ones that popped into my mail box recently : 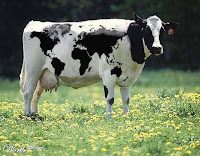 SOCIALISM
You have two cows.
You give one to your neighbour.

COMMUNISM
You have two cows.
The State takes both and gives you some milk.

FASCISM
You have two cows.
The State takes both and sells you some milk.

NAZISM
You have two cows.
The State takes both and shoots you.

BUREAUCRACY
You have two cows.
The State takes both, shoots one, milks the other, and then throws the milk away.

CAPITALISM
You have two cows.
You sell one and buy a bull.
Your herd multiplies, and the economy grows.
You sell them and retire on the income.

SURREALISM
You have two giraffes.
The government requires you to take harmonica lessons

AN AMERICAN CORPORATION
You have two cows.
You sell one, and force the other to produce the milk of four cows.
Later, you hire a consultant to analyse why your cow has dropped dead.

ENRON VENTURE CAPITALISM
You have two cows.
You sell three of them to your publicly listed company, using letters of credit opened by your brother-in-law at the bank, then execute a debt/equity swap with an associated general offer so that you get four cows back, with a tax exemption for five cows.

The milk rights for six cows are transferred via an intermediary to a Cayman Island company secretly owned by the majority shareholder who sells the rights to seven cows back to your listed company.
The annual report says the company owns eight cows, with an option on one more.
You sell one cow to buy a new President of the United States, leaving you with ten cows.
No balance sheet is provided with the release.
The public then buys your bull.

THE ANDERSEN MODEL
You have two cows.
You shred them.

A FRENCH CORPORATION
You have two cows.
You go on strike, organize a riot, and block the roads because you want three cows.

A JAPANESE CORPORATION
You have two cows.
You redesign them so they are one-tenth the size of an ordinary cow but produce twenty times the milk.
You then create a clever cow cartoon image called 'Cowkimon' and market it worldwide.

A GERMAN CORPORATION
You have two cows.
You re-engineer them so they live for 100 years, eat once a month, and milk themselves.

AN ITALIAN CORPORATION
You have two cows, but you don't know where they are.
You decide to have lunch.

A SWISS CORPORATION
You have 5,000 cows. None of them belong to you, but you get to charge the owners for storing them.

A CHINESE CORPORATION
You have two cows.
You have 300 people milking them.
You claim that you have full employment, and high bovine productivity.
You arrest the newsman who reported the real situation, and run him over with a tank in a large open square area.

AN INDIAN CORPORATION
You have two cows.
You worship them.

A BRITISH CORPORATION
You have two cows.
Both are mad.

AN IRAQI CORPORATION
Everyone thinks you have lots of cows.
You tell them that you have none.
No-one believes you, so they bomb the hell out of you and invade your country.
You still have no cows, but at least now you are part of Democracy.

A NEW ZEALAND CORPORATION
You have two cows.
The one on the left looks very attractive.

AN AUSTRALIAN CORPORATION
You have two cows.
Business seems pretty good.
You close the office and go for a few beers to celebrate.

Blues posted by Wombat at 4:24 pm 3 comments: Links to this post