When I was studying in Kuala Lumpur in 1981, the music that was played by the radio deejay at the end of his night time request program really mesmerized me. That instrumental track sounded like trumpet or whatever, for I was not big into jazz in those days (I was more metal inclined). But the music etched its place in my mind forever. 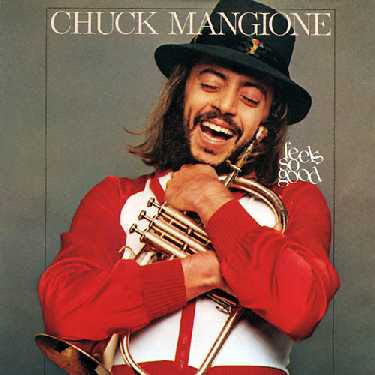 Fast forward to 1986. I was in Melbourne Australia, and I finally found out (can't remember how) that the instrumental track I have heard 5 years earlier is actually Chuck Mangione's "Feel So Good", from his 1978 album of the same name. It wasn't trumpet that he was playing, but the flugelhorn.

I then bought the vinyl LP, and the whole album is real magic. It is more jazz-pop than deeeep jazz.

The YouTube video below was probably taped during 1979, when Feels So Good was nominated for zillions of award. The version Chuck played in this video is the fast paced version, which did no do the original track justice. The track on the album started real slow and quiet and slowly built up a real loud ending, and it was more than 9 minutes long.

Feels So Good is 29 years old this year, and like all good things in life, it never ages.

Listen to TraxxFM. Najee plays a lot of this kind of music, especially during his Saturday/Sunday afternoon slots.

Oh!! This is the guy? I heard this tune so many times but never knew what the title was or who was behind it!

dSaint: What to do? I prefer video to mp3. Video clips imparts more information what...

Kay: How do you think I felt for five years before I found out? I remember now, I found out one night in Australia when the 3AW radio station played it and when it is over a sexy female DJ by the name of Helen said "And that was Chuck Mangione's Feeeeeel So Goooood....."

I'm not a fan of jazz.. but this one sure gives you that "feel good" feelings! :D