36 Malaysians spent two hours burning close to RM 1,000 worth of firecrackers and fireworks by the lake next to the Silver Cave Hotel, Lipu town, which is a halfway stopover for the night on our way to Guilin. I wished I had bought the Sony T50 digi cam before I came here, instead of using my ancient Canon A400 : 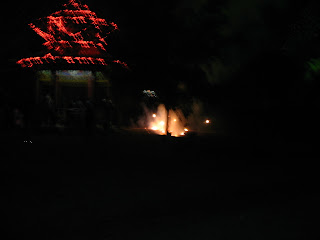 Local chinese : "You fellows are barking mad! You are burning money!!!"

Finally, I came face to face with the famous China country toilet : This one is roofless. Very efficient ventilation: 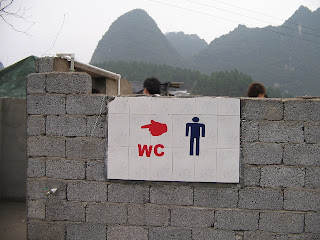 I wonder why the ladies refused to utilize the female version of the same? It can't be because I am holding a digital camera right outside : 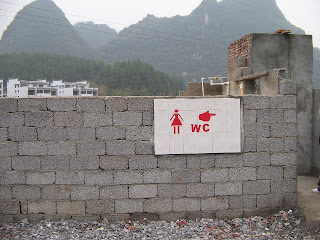 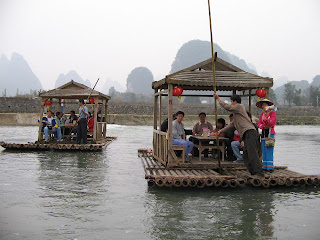 Okay Rkaru, here's an authentic Guilin chick. She is acting out the part of "Liew Shan Jie", a lady famous in the local folklore, and involve singing a famous chinese folk song of the area. In the days of old, prospective men looking for a bride are supposed to duet with her. If she likes what she hears, she gives you a silk ball (held in her hand in this picture) and the man will get lucky. If she does not like what she hears, the man gets sentenced to three years hard labour (or something like that).

Nope, that handsome guy is not Wombat : 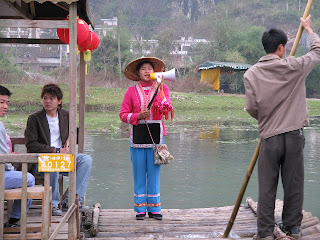 First of my numerous "Heaven On Earth" shots : 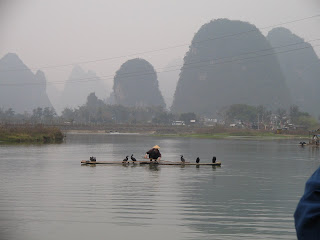 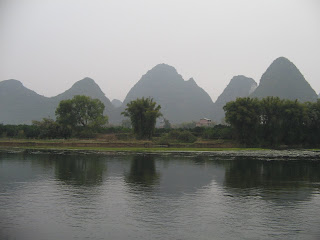