After our encounter with the democracy seeking fishing eagles, we were off-loaded at another Lijiang attraction call The Lost Word. Basically it is a commercial park built by Taiwanese investors and is based on the local folk's culture. It surrounds a huge lake.

No, none of the back of these heads at the entrance are Wombat's nor Mrs. Wombat's : 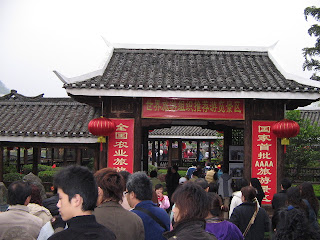 I spent close to 3 minutes waiting for this guy to get his ass off the rock so that I can take a shot of it which is inscribed with the name of the park. After 3 minutes I gave up and included him as well. The other two guys are my Ewoks : 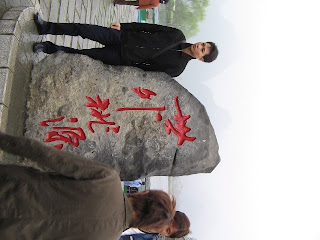 More boat rides. The missus is not pleased as she is susceptible to sea sickness. Another travel-sickness pill for her. (Yes Rkaru, those two on the boat are authentic Guilin chicks...) : This is not authentic local architecture. It was purposely built for display to us unsuspecting tourists : 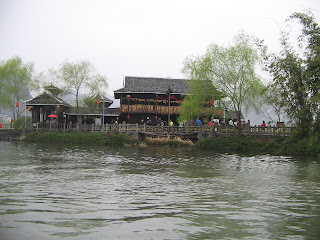 Now these are the real houses the locals live in : 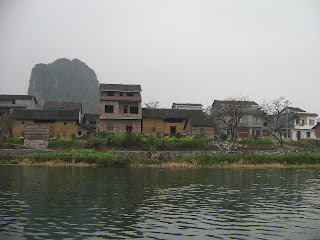 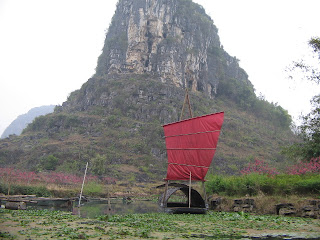 Remember, it is winter. Yet they are half naked. I know times are bad but.... seriously, these are the natives local to the area but I forgot which tribe as I was too busy looking at Guilin chicks. They make a very good follow-up to the Village People though : 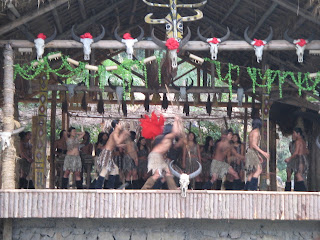