After dinner, we attended a ballet circus production entitled "Dreamlike Lijiang". Now for someone who is used to Chinese acrobats in traditional clothing doing traditional stunts, this is indeed an eye-opener. It ran for a hour plus and is worth every RMB of the ticket's price, except for the free handphone calls and loud local chatter. No cameras or video are allowed, yet I managed to post these images. How? That's what Google Images is for. For more information go to : 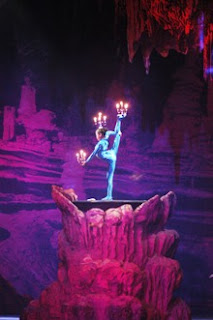 All I need is for Cher to make a cameo appearance, this would have been perfect : 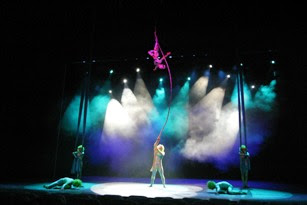 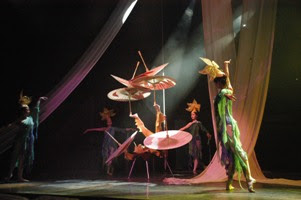 After that we were shown Guilin's night scenery. As it was raining we were shown only half of the whole lot. The rest will have to wait for tomorrow night : 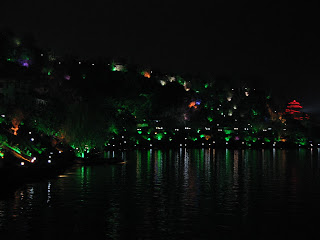 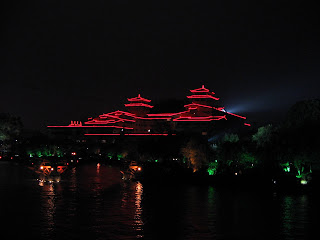 When I was a young boy, there was a TV sci-fi series called "U.F.O.". The flying saucer would often hide underwater and when it emerges it often gives a display similar to this : 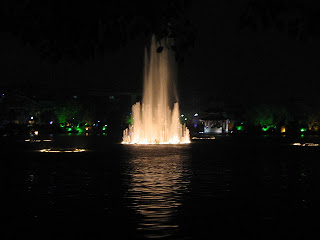 This is Guilin's famous Glass bridge. According to the tour guide, it was made entirely out of glass : 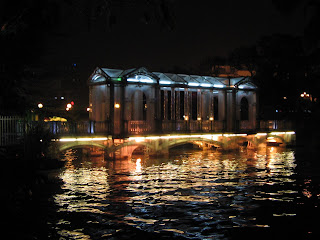 Wombie : "Yup. I wonder why they forbid us from walking on it?"

Mrs. W : "Isn't it obvious? Have you checked your weight lately?"


And thus ended our first day in Guilin. The next day is going to be a very bad day for me, no thanks to a cup of coffee, a bowl of instant noodles and a very tall hill. Stay tuned.